AFI has been shortlisted in four categories of the 2018 Hire Awards of Excellence, organised by the Hire Association of Europe (HAE). 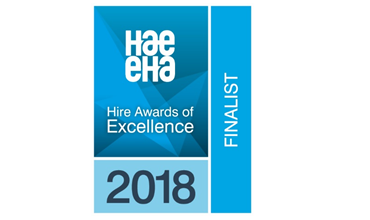 • Charlotte Spencer, who works in Support Services for AFI, is a finalist in the Apprentice of the Year category

• AFI has reached the finals of the Plant, Tool & Equipment Hire Company of the Year award.

The HAE winners will be announced at an awards ceremony in London on 28 April.