The AFI group of companies has become a recommended supplier to the UK Production & Broadcasting Industry by the prestigious BAFTA Albert Consortium. 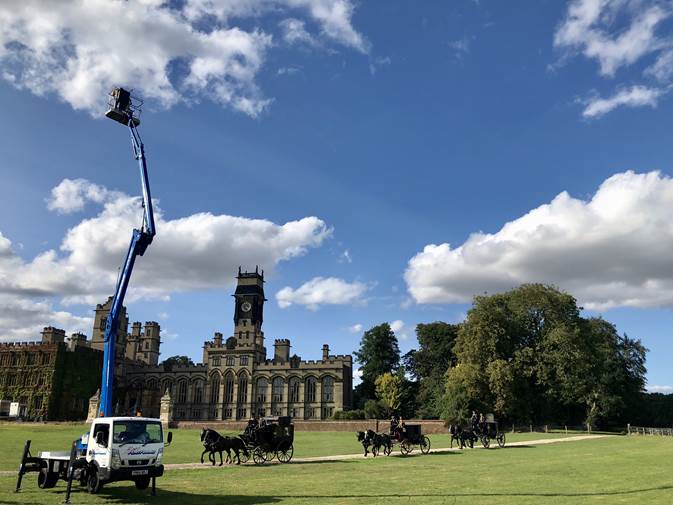 AFI were able to demonstrate an ongoing commitment to reducing the environmental impact that their specialist powered access equipment has on film and media production processes.  As an Albert sustainable supplier, AFI supports the UK production industry’s efforts to reduce its carbon footprint. As a result, the productions can display the albert sustainable production logo at the end of their credits.

AFI have invested significantly to replace their powered access fleet with Electric and Hybrid equipment. Over 64% of the fleet is electric or hybrid and the low emissions make them ideal for use on enclosed sets and indoor productions.

Albert is a collaborative BAFTA, indie and broadcaster backed project that brings the screen industries together to tackle their environmental impact and inspire sustainable living. Founded in 2011 and governed by an industry consortium, the group’s objective is to empower everyone working in film and TV production to encourage productions to divert waste from landfill, engage senior leaders and address energy efficiency. By using approved Albert certified suppliers, the media production companies are better able to manage the environmental impact of their production processes.

AFI supply specialist powered access equipment to numerous Albert certified productions to enable them to produce some of the UK's largest live media events and TV/Film productions. Credits include; The Romanoffs, War of the worlds, Vera, Coronation Street, Emmerdale and many more. Each year over 1000 productions use the albert calculator and 300 apply for Albert certification.