AFI has been shortlisted in three categories of the 2017 Hire Awards of Excellence: 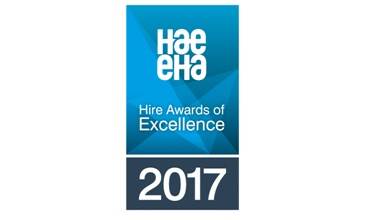 Congratulations to Rob, Mike and Billy-Jo. The winners will be announced on 22 April 2017.

Our success in the Hire Awards of Excellence follows news that we have also reached the finals of three further award schemes – the Construction News Specialists Awards, the IAPA awards and the Institute of Customer Service awards.